In 1999 Chris and I decided to travel down south from Santiago de Chile to the Strait of Magellan. During this trip we had planned a 7 day trek of the “circuit” in the Torres del Paine NP.

The hike circles around the famous Torres del Paine . At this time there were a few “campamentos” along the trail to put up a tent and you had to bring all your food supply as nothing was available while on the road.

Weather was another issue. It could change from winter snow storm to summer sun at cyber speed and most of the time the temperatures were close to freezing at breakfast.

Halfway was the John Garner Pass at 1200m above sea level. For most of us the highlight of the trek. After an altitude difference of 800m you were supposed to have a view on the Grey glacier.

We started early in the day and the weather was nice. Arriving close to the top of the pass was exciting. We were walking up and I had lots of images in my head… how would it look like?

Then finally I can see the flag and slowly the glacier comes into sight, partially…a bit more and then!

All the exhaustion disappears. I watch from my right to the left and all I see is GLACIER GREY!

What a panorama! Ice all over as far as your eyes can see!

Unfortunately we cannot stay for too long up there. There is no protection from the strong winds and there are still 5-6 hours down to the camping. (Actually the camping is situated at Lago Grey, lake Grey which you can see on the 3rd photo of the glacier.) 🙂

There is only one way to earn this view : 2-3 days hiking (either way round)

After the one week trek all our bones were aching, our feet were full of blisters. We didn’t have a shower at all. But we were happy. And the view of the Grey Glacier never got out of my mind…

It took me by surprise. The BBC ticker ran on my computer with a heading saying : Tourist ship sinking off Argentina. As I have a strong emotional connection to this part of the world since I’ve been there I checked it out immediately. The Explorer, “the Little Red Ship” was MY boat. I spent two weeks aboard in December 2004/Jabuary2005. I couldn’t really believe it until the first images of a sinking ship were on the net.

I still remember the noise of the ice scatching the boat, the strong winds, the waves. Going through the Drake passage the natural elements remind you at every moment that you have to accept them, live with them. Fighting them is nearly impossible.

I never felt as close to Nature, except underwater.

I wrote already about that experince earlier. You are surrounded by strange birds, penguins, unable to fly, taking a close, curious look at you, not frightened at all. In the water they become fast and elegant swimmers.

In the skies large flying birds, such as albatrosses , storm petrels and skuas play in the wind.

Entering the Antartic convergence we came across huge tabular icebergs,deep blue, larger than our boat. The unfortunate sinking of the Explorer reminds us all that after all “Terra Australis Incognita” remains one of the most hostile and unpredictable places on earth. Nowadays more and more ships cruise the Antartic peninsula. Are we aware of being in a environnement never dominated by men? We’ll soon going for a holiday on the moon , so what could happen on earth? We get so much used to control every movement in our life, but a trip down South is not a sunny Sunday afternoon walk.

Another question rises in my mind : how much damage will be done by the sunken Explorer? Leaking problems of the tanks? Hopefully not. A sad ending! 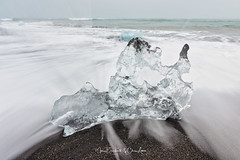 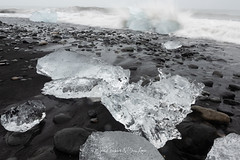 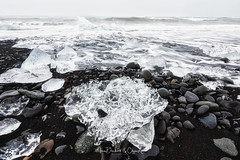 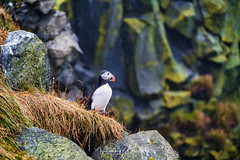